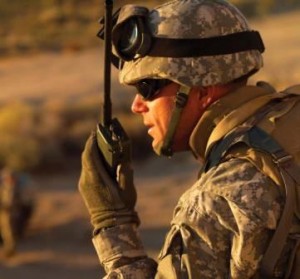 Some elements of voice procedure are understood across many applications, but significant variations exist. The military of the NATO countries have similar procedures in order to make cooperation easier, and pseudo-military organizations often base their procedures on them, so some commonality exists there.


Affirmative - Yes
Negative - No
Reading you Five / Loud and clear - I understand what you say; 5×5.
Over - I have finished talking and I am listening for your reply. Short for "Over to you." (not used in aviation)
Come in - You may begin speaking now
Out - I have finished talking to you and do not expect a reply. (not used in aviation)
Wait - I do not have the answer or information to hand, I will attempt to source the answer or information requested shortly but until then I have finished talking and do not expect a reply. (not used in aviation)
Roger - (also roger that) I understand what you said; ok; all right [In aviation it is different: Roger = I received the message (even without understanding the contents at that moment); Acknowledge = I understand the contents of the received message; Wilco = I will comply with the contents of the received message.]
Ten four - I understand; ok; all right
Copy - I heard what you just said; ok; all right.
Wilco - Will comply (after receiving new directions).
Go ahead or Send your traffic - Send your transmission.
Say again repeat; Please repeat your last message (Repeat is only used in Canadian/US military radio terminology to request additional artillery fire)
Break - Signals a pause during a long transmission to open the channel for other transmissions, especially for allowing any potential emergency traffic to get through. (Not used in British Army)
Roger So Far - Confirm you have received and understood the contents of my transmission so far. This is used during Long Message Procedure (Messages lasting over 20 seconds prefixed by the Pro-Word 'Long Message' and the initiating C/S must give a gap of five seconds after the receiving station has replied with 'Roger'. This five seconds is to allow other Stations onto the net if they have important messages.
Break-Break - Signals to all listeners on the frequency, the message to follow is priority. Almost always reserved for emergency traffic or in NATO forces, an urgent 9 line or Frag-O.
Standby or Wait out - Pause for the next transmission. This does not usually entail staying off the air until the operator returns as they have used the word 'Out' which indicates the transmission has ended. The net is now free for other traffic to flow but users should be aware that the previous C/S may re-initiate a Call as per their 'Wait out'
Callsign-Actual - Sometimes an individual (generally a superior) may have a person monitor the network for them. Saying "actual" after their callsign asserts you wish to speak to the specific person the callsign is attached to.
Sécurité - Maritime safety call. Repeated three times. Has priority over routine calls.
Pan-pan - Maritime/aviation urgency call. Repeated three times. Has priority over safety calls.
Mayday - Maritime/aviation distress call. Repeated three times and at beginning of every following transmission relating to the current distress situation. Has priority over urgency and safety calls.
"Roger" was the U.S. military designation for the letter R (as in received) from 1927 to 1957.

The 26 code words in the NATO phonetic alphabet are assigned to the 26 letters of the English alphabet in alphabetical order as follows:

Popular posts from this blog

Easy Ways to keep water clean and cool this summer 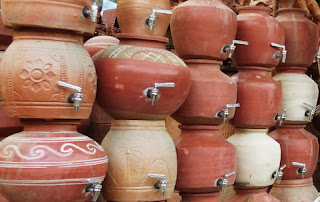 Whenever we came rushing back home in the sweltering heat, my grandmother always insisted on us drinking water from a matka, kept wrapped in a wet bright red cloth, rather than grabbing a refrigerated chilled water bottle. Traditionally, the matkas and other earthen pots have been used to store and keep water cold. Water stored in a matka or a surahi (another earthen pot with a narrow and long neck) gets cooled within a few hours, because they are porous. Thanks to that quality, the air moves in and out of the pot, bringing down the temperature of the water stored inside it. Water from a matka is comparatively gentler on the throat; hence people who are prone to cough and colds are advised to consume it from such earthen pots than straight from a refrigerator. Nowadays, you’ll also see jug-shaped earthen pots to store water, they are handy and will also look nice on your dining table. So this summer, bring on those cute looking matkas, delicate surahis, and jugs for refre
Read more